The Hennepin Canal played an important role in the history of commerce and industry in the United States, as a result, the entire canal is now listed on the National Register of Historic Places. Rock Falls is the starting point of the Hennepin Feeder Canal in which the Rock River supplies water to the greater Hennepin Canal. The Hennepin was the first American canal built of concrete without stone-cut facings. Although the Hennepin enjoyed limited success as a waterway, engineering innovations used in its construction were a bonus to the construction industry. In fact, the construction of the Panama Canal was based on some of the building techniques used for the Hennepin. There are plaques along the canal path detailing the engineering of the locks and the purpose of the canal.

There are 33 locks on the canal with 32 that are still visible. Fourteen of the locks had Marshall gates, which are unique to the Hennepin, and are raised and lowered on a horizontal axis, much like a rural mailbox. Five of the locks have been restored to working condition, although they are not used. All of the gates from the remaining locks have been replaced with concrete walls, creating a series of waterfalls. The Hennepin originally had nine aqueducts – concrete troughs which carried the canal and its traffic across larger rivers and streams. Today, only six remain.

Don’t have the room to bring your bikes? The Rock Falls bike share program is also available at the RB&W Park next to the Holiday Inn Express & Suites. The Hennepin Canal is just a few blocks east of RB&W Park. The bikes are available spring through fall. Download the Movatic App on your smartphone (instructions at each rack location) and enjoy your ride. After your ride, bicycles must be placed back at one of the two rack locations and you must “end your ride” on the app.

Mead’s Bike Shop in Sterling also offers bike rentals and recommends that you reserve your bikes at least a week in advance.

Outdoor enthusiasts and nature lovers alike enjoy everything the Hennepin Canal and Trail has to offer. Fishing and paddling along the soft current of the Hennepin Feeder Canal make for a relaxing fishing or kayaking trip! Stroll or bike down the shaded trail that runs parallel to the city. Tucked away from the noise of the town, the canal is the perfect relaxation after a long day. Boat ramps are accessible right off of Route 40 and East 2nd Street.

When the snowflakes fall, break out the skis and go cross country or ice skate, but keep an eye out for the snowmobilers. The Hennepin boasts the longest snowmobile trail in the state – 91 miles on the signed towpath. Use the ice at your own risk, but pay heed to the locks, bridges and culverts where the ice likely is thinner than the rest of the canal. The trail must meet the following criteria and be declared “open” by site staff, which will be posted at access areas and on the site’s telephone system (815-454-2328): at least 6 inches of frost in the ground and 4 inches of snow on the ground.

Snowmobilers may ride the ice at their own risk, when the trail is declared open. The water does not always freeze solidly inside the tubes. Riders using the ice should be aware that such things as ice conditions, ice skaters, and structures including tubes exist.

Please be aware of and respect other people who may be using the Canal for other recreational purposes. Take care when approaching and crossing roads, and traversing trail tubes.

Illinois Department of Natural Resources enforces all regulations and laws concerning the use and operation of a snowmobile at the Hennepin Feeder Canal & Parkway.

SPECIAL NOTE: No motorized vehicles, except for snowmobiles during designated times, are allowed on the towpath.

The Hennepin Feeder Canal is open to the public every season of the year for your needed exposure to green time, and our hotels are conveniently located near the Canal entrances, with one hotel having its own bridge to the trail.

Parking for the Hennepin Canal Trail can be found at the Jim Arduini Boat Launch on East 2nd Street or at the state-provided roadside pull-offs along Illinois Route 40 on the south end of Rock Falls. For more information on the Hennepin Canal visit the Illinois Department of Natural Resources website. 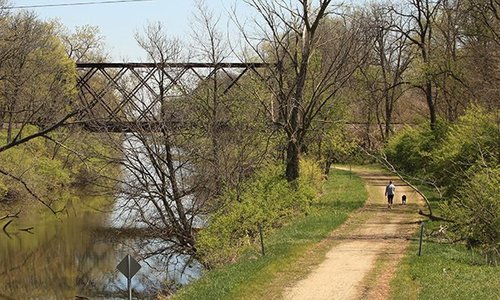 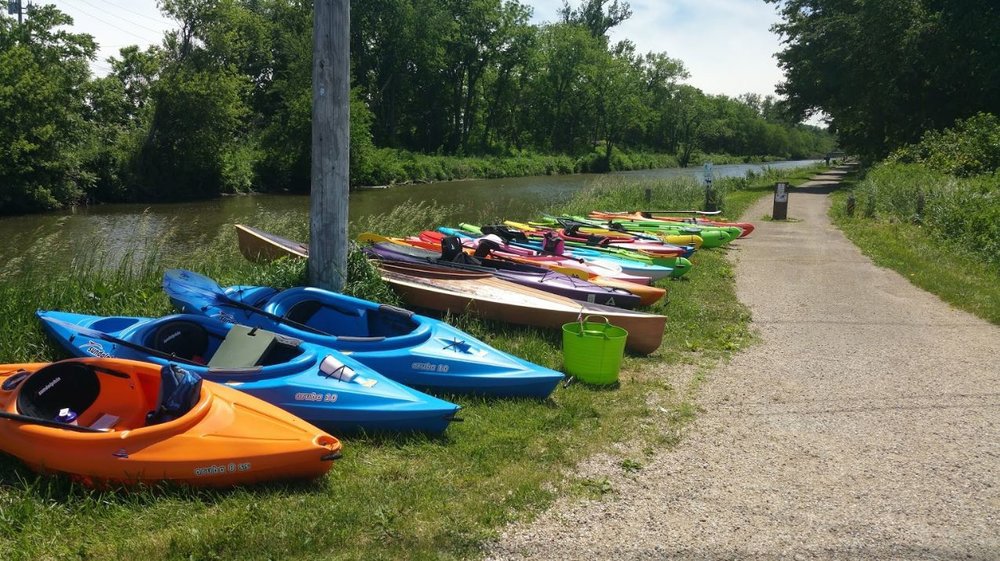 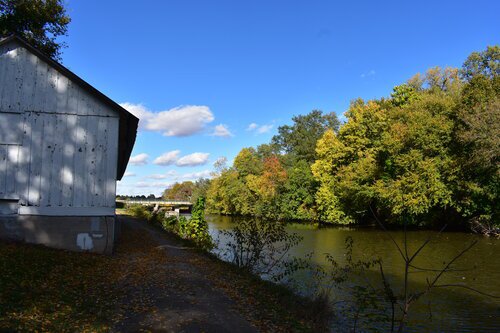