Welcome to the Riverfront! The Run Bike and Walk Park (RB&W) represents the industrial history and economic future for Rock Falls.

The RB&W has 7 vendor cement pads with electric hookup, a covered, lighted amphitheater with seating, and serves as the location for many events of our area. The green park runs parallel to the Rock River which engulfs the location in the perfect blend of city life and nature.

This park is perfect for any outdoor occasion such as weddings, craft fairs, concerts, dance recitals and more.

The City of Rock Falls is nearly finished with the second phase of the high-quality developments that will make RB&W District (Run Bike & Walk District) Rock Falls, IL a year-round destination. The green space area will include an entertainment venue, water feature, restrooms and trail. Such investments would be expected to draw visitors to the Riverfront, catalyzing additional economic development in the area. Plans for the Riverfront are perpetually growing. Please contact the City of Rock Falls should you or your company have interest in investing in Rock Falls.

Russell, Burdsall & Ward Bolt & Nut Co. is where it all started.

“Proud of our Past and Confident of our Future” isn’t just a tagline to describe the City of Rock Falls; it’s our way of life. RB&W was a vibrant company in Rock Falls that employed many in the Rock Falls/Sterling area. It was in operation for over 95 years with multiple generations working side by side, making a living. With the development of the RB&W District along the riverfront, the City of Rock Falls is committed to developing the new green space, revitalizing the uptown district and improving the quality of life in Rock Falls.

“Bolts and nuts that were made at a primitive shop in Connecticut back in 1845, held together some of the first prairie schooners that pushed westward through this area. By 1907, the same company that made those fasteners, was putting down roots in Rock Falls. And the Rock Falls, IL plant has proved to be one of the most versatile of RB&W’s facilities. Its output during the early years, went mostly to the equipment demands of a burgeoning agricultural industry. By the time Henry Ford unhorsed the buggy, RB&W’s Rock Falls, Illinois facility was already in an ideal location to serve the growing automobile industry. Millions of parts yearly, go into more than 8 million copies of the family car, the tractors and even the more modern gadgets, like gasoline-powered snow blowers. RB&W Bolt & Nut Company is one of the world’s oldest and largest fastener manufacturers.

“The Rock Falls, IL plant was acquired in 1907 as a base to serve the rapidly growing agricultural industry. The original building was purchased from Cobb & Drew and was located on property leased from the CB&Q Railroad Company. The Cobb & Drew Company, also fastener manufacturers, had originally been located in the old Keystone Building, but later moved their operations to the site which was subsequently purchased from them by RB&W. In 1909, RB&W purchased the grounds on which the buildings were located from the CB&Q (the property between Avenue A and the CB&Q main track to Sterling), and, in 1910, started expanding operations-which it has done 12 times since, reaffirming the wisdom and foresight of the company in choosing this site as its first venture in branch plant operations. Upon purchase of Cobb & Drew, RB&W named A.N. Bradford as the manager and he continued in this capacity until his death in 1933. The factory had a total areas of 43,600 square feet, and consisted of two buildings when Mr Bradford assumed management.The first major expansion took place in 1910, after purchase of the property from CB&Q and added 94,000 square feet. It was not long until it was apparent that more property would eventually be needed and the tract of land east of the CB&Q main line was obtained from the Sterling Hydraulic Company and other property owners. The land was acquired in 1913, but it was not until 1923, that another major expansion took place which added more than 96,000 square feet. By 1927, 20 years after the original purchase, the Rock Falls, IL plant had more than 256,000 square feet of manufacturing space or almost 6 times the original area. Further expansions through the latest in 1965, have increased this to 515,000 square feet, or almost 12 acres under roof!” – Historical Centennial Program “From Rapids to Rockets” Rock Falls, Illinois July 30-August 5, 1967

A fire in 2008 destroyed the RB&W (Reliant Fastener) Manufacturing buildings: 31 structures on a 17 acre site.

Rise From the Ashes

Rock Falls is fortunate to has such hardworking citizens, employees and elected officials. It took only 9 years for the City of Rock Falls to take the former RB&W (Reliant) site and raise it from the ashes of the 2007 fire with the Riverside Bike & Walk Greenspace Project. Key factors in revitalizing the RB&W Greenspace Project were vision and commitment, collaboration, goal setting and following through, accountability, Team Champion, True partnerships and progress checks. Over the summer of 2016, huge strides were accomplished along the Rock Falls riverfront.

The City of Rock Falls is proud to have RB&W fastener manufacturing 1st Branch Plant located in our city for over 95 years and we are confident that Riverside Bike and Walk Greenspace Project will spur economic development in our city and improve the quality of life for not only Rock Falls residents, but all residents in the greater Rock Falls area. 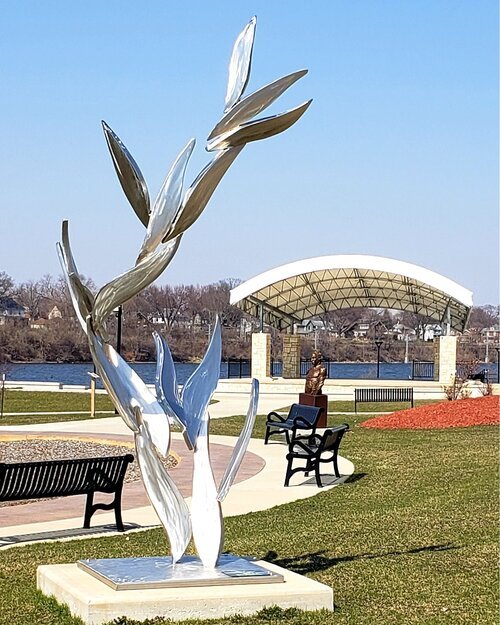 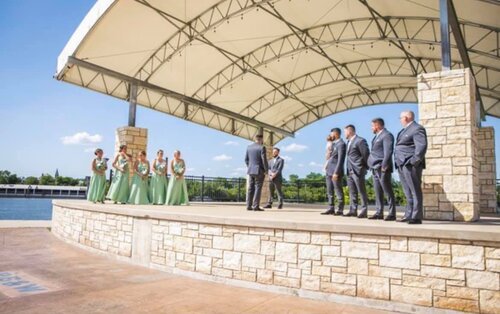